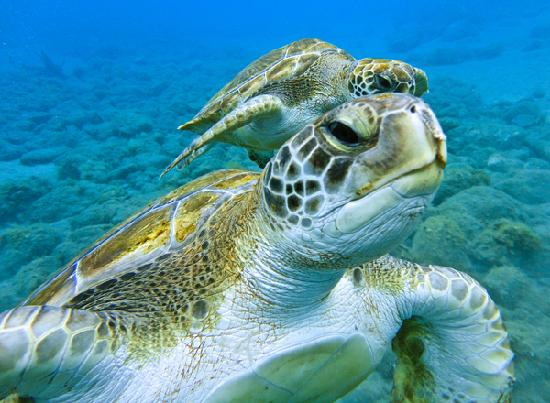 I like to think of this week as the week of the turtles! I had the privilege to go on three turtle dive trips, two to the infamous El Puertitio (a.k.a. El Puerturtleo) site, and one at another site called Alcala.
The dive site at Alcala was a very fun trip because none of us had ever dived there before. After getting lost on our road trip, we finally found our destination tucked into one of the nicest little towns I have seen on Tenerife. After first walking the beach of the new site and starting to build a reasonable dive plan for the site, we happened to come across a few divers just about to enter the water. We asked them a few quick questions about the schematics and were more than happy to find out that there lived a few large green sea turtles in the area! We enthusiastically got kitted up and made our way to a pier toward the end of the beach and entered the new site using a deep water entry technique. Using our knowledge of underwater navigation we took a tour of the entire dive site by circling its entire circumference. And right when we were headed back to shore we saw the biggest green sea turtle I have yet to see on the island!
Unlike at El Puertito, this turtle was not very curious about us divers, but he didn’t seem to mind when we followed him around a few rocks as he grazed on some algae. Even though this story seems to be the highlight of my week, there was still something better that topped it.
The next day at the El Puertito site we entered the water around 9 am, and just five minutes down we happened to cross paths with the biggest and most mature green sea turtle known to inhabit the area. As usual the turtle made his rounds, inspecting each diver carefully for any signs of a free breakfast. But after realizing we had no food to offer, the turtle uncharacteristically swam about us for what seemed like half an hour. We were very spoiled on this dive, the turtle was having fun swimming along with us, we found a good sized octopus hidden amongst the rocks, and I was fortunate enough to bring my Go Pro to capture most of the dive on video!
So if your looking to go diving with Turtles, Tenerife is the place!
I have to say that has been my best dive since being here, but I am still optimistic that with 2 weeks still to go I will have a chance for even more amazing dives! 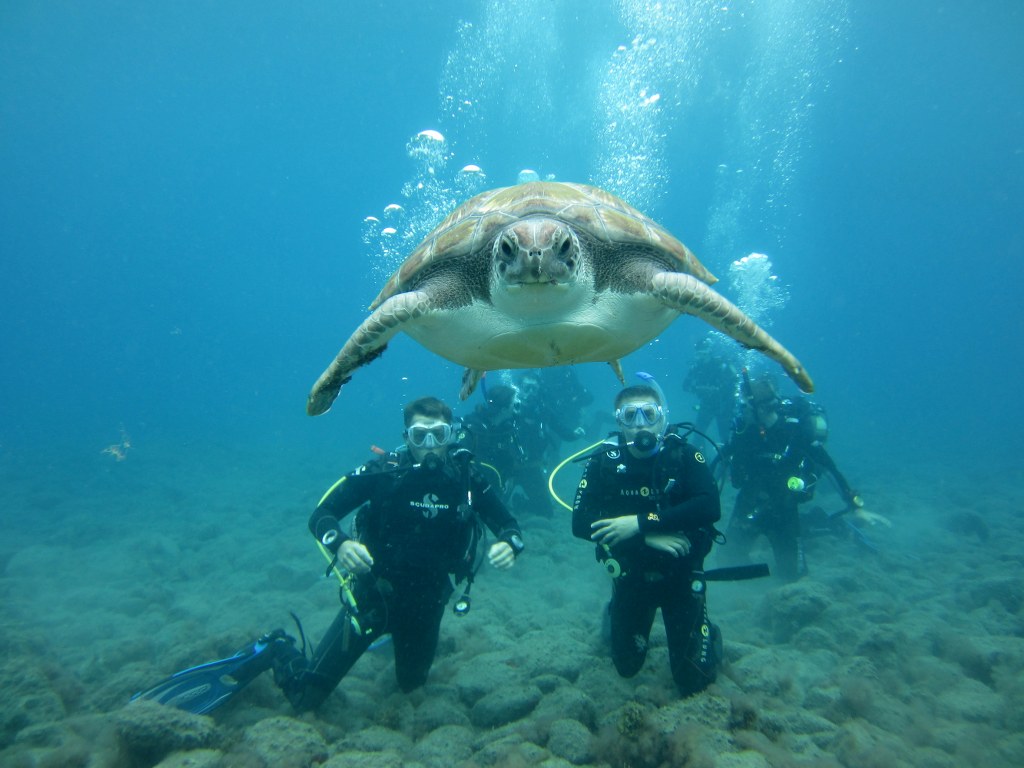